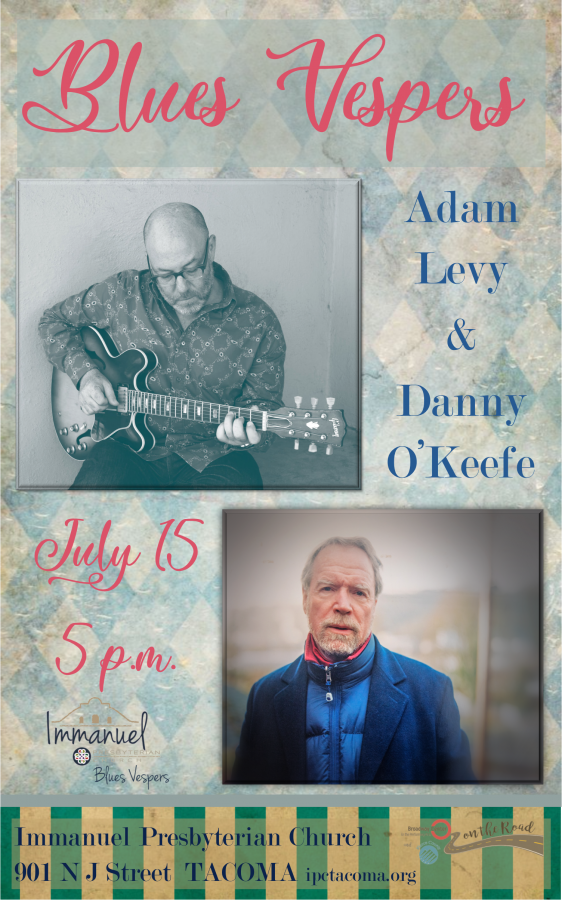 A very special singer-songwriter Blues Vespers in partnership with the Broadway Center on the Road.

Adam Levy may be best known for his work with Nora Jones, including the song In the Morning, on her Grammy winning debut recording. He worked with Nora on her first three recordings and world tours. He also produced and played on Tracy Chapman’s Grammy winning, Give Me Just One Reason. But, the full force of Adam Levy as performer and song writer is heard on his six solo recordings, the latest being his 2018 record Neighbors.

In the 1970’s, Danny O’Keefe put out a string of albums that cemented his reputation as being among the best songwriters of his generation. These days, casual fans know him best for his Top Ten hit Good Time Charlie’s Got The Blues or Jackson Browne’s version of The Road from the classic Running On Empty album. But the story didn’t end in the 70’s. He recorded The Day To Day in 1985 with the two Top Twenty Adult Contemporary songs Along For The Ride and Someday. Working with Bob Dylan’s company, Special Rider Music, he co-wrote Well, Well, Well with Bob and other songs successfully recorded by artists like Nickel Creek, Alison Krauss, and Alan Jackson. Country, Celtic and folk singer and multi-instrumentalist, Tim O’Brien said this, “Look in the dictionary under ‘singer songwriter’ and you’ll see a picture of Danny O’Keefe. His is the complete package: a strong performer with a batch of amazing songs. His guitar and voice lead you beyond ditty world, deep into the land of poetry.”