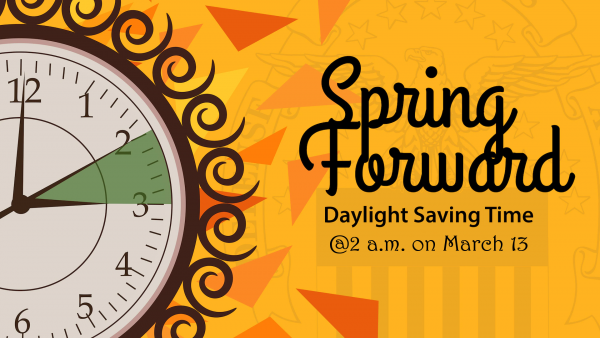 About 70 countries around the world practice daylight saving time. Find out who came up with the concept, when the time change was first enacted nationwide, and how some places are attempting to eliminate it.

Spring marks many changes: warmer weather, longer days, flowers peeping through the dirt. But for many people in the U.S., the approach of spring also means the start of daylight saving time.

The idea behind the clock shift is to maximize sunlight in the Northern Hemisphere, as days start to lengthen in the spring and then wane in the fall. The logic is that by springing forward and falling back, people add an hour of sunlight to the end of the work day. But the benefits of this change are controversial, and the shift can have measurable impacts on health.

What’s behind the changes in sunlight?

Seasonal shifts in the length of a day come from Earth’s off-kilter rotation. Our planet turns on its axis at a relatively constant 23.4-degree angle relative to its path around the sun. This means that while the Equator usually enjoys roughly 12 hours of both day and night year round, the same isn’t true the further north or south you go.

Summertime marks the Northern Hemisphere’s time to shine. It leans toward the sun, causing longer and warmer days. Meanwhile, the Southern Hemisphere is plunged into the short days of winter as it tilts away from the sun. Six months later, the situation reverses, and winter grips the North while light bathes the South.

When coal still ruled, daylight saving time was implemented as a way to maximize limited daylight hours. Because of this, a given region’s participation depends, in part, on how far the location is from the Equator. Countries that are farther away have a more pronounced difference in day length between summer and winter and are more likely to participate in the time shift.

When did daylight saving time begin?

Many credit Benjamin Franklin for daylight saving time thanks to a possibly satirical letter he penned for the Journal de Paris in 1784. In the letter, he expressed astonishment to see the sun rise at the early hour of six in the morning, long before most Parisians ever saw the light of day.

If they were to rise with the sun, Franklin wrote, the city could save an “immense sum” from the candles burned in the dark evening hours. He never suggested a shift in clocks, however, instead offering other amusing solutions to the problem that included cannons firing in the street to rouse people from sleep, taxes for shuttered windows, and candle sales restrictions.

Others credit the idea to George Hudson, an entomologist from New Zealand, who in 1895 suggested a two-hour shift to allow for more post-work bug hunting. Soon after, a British activist named William Willett proposed a similar idea to prevent wasting daylight, bringing the concept to England’s Parliament in the early 1900s.

It wasn’t until resources became scarce during World War I that Germany decided to go ahead with just such a plan, implementing the first daylight saving time in 1916 to maximize resource use during sunlit hours. The United States soon followed suit, with the country’s first seasonal time shift taking place in 1918.

Not everyone is in on the clock-changing frenzy. In the United States, Hawaii, most of Arizona (excluding the Navajo Nation), and the territories of Guam, Puerto Rico, American Samoa, the U.S. Virgin Islands, and the Northern Mariana Islands all opt out of daylight saving time.

Globally, the popularity of changing clocks varies as well. Most of North America, Europe, New Zealand, and a few regions of the Middle East are in on the annual shift, though each have different start and stop dates. But the majority of Africa and Asia do not change their clocks. South America and Australia are split on the matter.

Europe’s participation, however, soon may change. In 2019, the European Union voted to end the mandatory time shift, which previously spanned March and October. But that plan seems to be on hold for now: Member states were expected to decide by 2021 whether to stay on summer or winter time but negotiations have stalled as the bloc deals with fallout from both Brexit and the COVID-19 pandemic.

Are there benefits to daylight saving time?

For many, the change seems meddlesome, resulting in missed meetings and sleepy citizens. There may be even more severe effects. Some studies identified an increase in heart attacks that coincides with springing forward and a slight decrease when falling back. Other studies suggest the time change could be linked to an increase of fatal car accidents, though the effect is small relative to the total number of crashes each year. Still other concerns include impacts to the immune system due to the inevitable sleep loss.

What’s more, many studies have questioned whether there have ever been energy savings at all. A 2008 study from the U.S. Department of Energy suggested that in the United States, an extra four weeks of daylight saving time saved about 0.5 percent in total electricity a day. But others conclude the situation is largely a wash: The later sunlight hours do often reduce electricity use during this time, but they also spur more intense use of air conditioning in the evening or greater energy demands to light up the dark mornings.

Even so, those impacts may be location specific. One study found that daylight saving time caused an increase in energy demand and pollution emissions in Indiana, while another found it led to slight reductions in energy use in Norway and Sweden.

These days, arguments in favor of daylight saving time generally center on the boost the time shift gives to evening activities. People tend to go outside when it’s light after work—playing sports, going for walks, taking kids to the playground—rather than sitting on the couch. Many outdoor industries, including golf and barbecue, have even promoted daylight saving time, which they say boosts profits. The petroleum industry is also a fan, as people drive more if it is still light after work or school.

But in many places, the time shift is very unpopular. Europe’s pending move away from the annual change stemmed from a survey that revealed roughly 80 percent of some 4.6 million respondants were against daylight saving time. And some American states are also starting to push for changes. For now, however, if you live in a region that shifts the clocks twice a year, be wary of its effects.