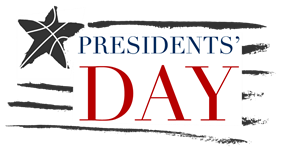 Both President’s Day and George Washington’s birthday are always celebrated on the third Monday of February.

Although George Washington’s birthday is celebrated on February 22, it is observed as a federal holiday on the third Monday of February. To complicate matters, Washington was actually born on February 11 in 1731! How can that be?

During Washington’s lifetime, people in Great Britain and America switched from the Julian to the Gregorian calendar (something most of Europe had done in 1582). As a result of this calendar reform, people born before 1752 were told to add 11 days to their birth dates. Those born between January 1 and March 25, as Washington was, also had to add one year to be in sync with the new calendar. By the time Washington became president in 1789, he celebrated his birthday on February 22 and listed his year of birth as 1732.

Upon entering office, Washington was not convinced that he was the right man for the job. He wrote, “My movements to the chair of government will be accompanied by feelings not unlike those of a culprit who is going to the place of his execution.” Fortunately for the young country, he was wrong. You can read more about Washington at the official White House Web site.

Worry is the interest paid by those who borrow trouble.
– George Washington, (1732-99)